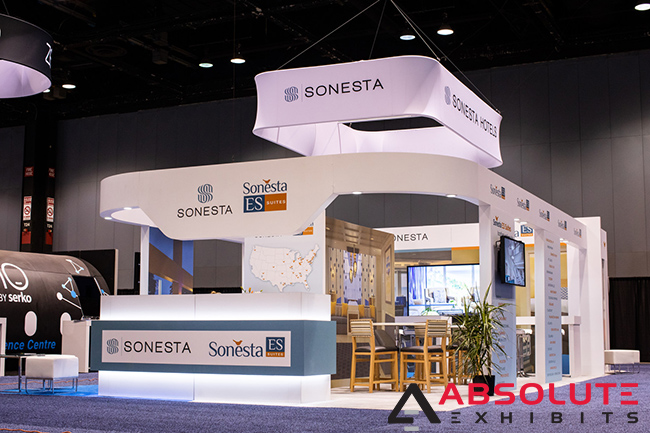 We all know that exhibiting can be an expensive venture.  There are so many variables that go into determining a trade show budget.  It can be difficult to figure out what your company can and should spend on a show without a little guidance or experience.  Consider the following the next time you assemble your trade show exhibit budget:

Your All-In Amount of Money

The very first thing any business needs to determine is how much money they can actually part with for literally every aspect of exhibiting.  If a business only has $50,000 left in the bank, you don’t want to blow that entire sum on only one area and expect that everything else will just fall into place.  Therefore, the most important part of determining a trade show budget is knowing your limitations.  With this figure identified early, businesses can then break apart what the rest of a trade show appearance will cost. 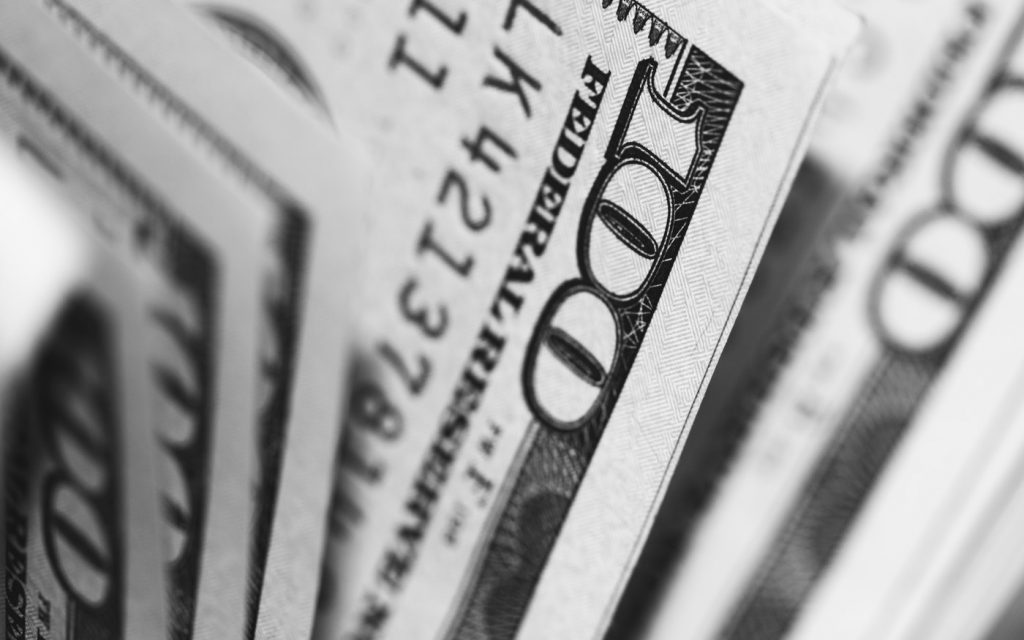 Your Trade Show Booth Space and the Exhibit to Fill It

One of the most important things to determine as a part of your trade show budget is what renting the space will cost and how much it’ll cost to fill that space.  This is a large chunk of your budget, usually around 50%.  It can be tempting to opt for a large space, hoping to compete with an industry giant.  However, the larger that space, the more expensive it will be to fill that space.  Instead, opting for a more conservative space such as a 10×20 trade show booth, will allow for more complex designs and statement pieces once the exhibit is constructed.  Generally speaking, a trade show exhibit will run around $150 per sq. ft if it’s custom.  This is a good rule of thumb to keep in mind when approaching an exhibit design house with your trade show budget. 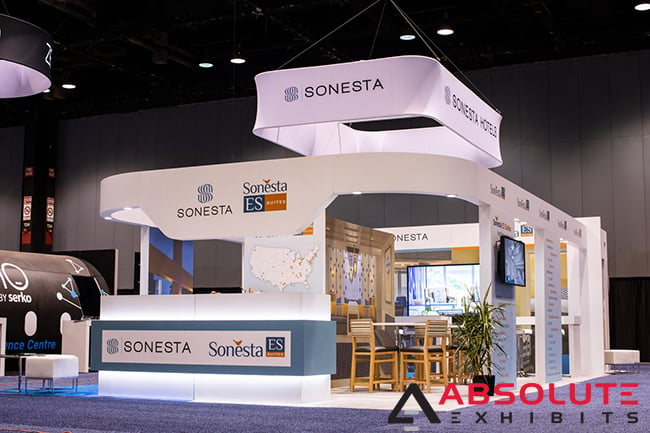 Many exhibit houses offer turn-key all-inclusive services which would include installation and dismantling costs.  However, some do not.  Or, in the case of a purchased trade show exhibit, installation and dismantling would be extra.  This means businesses have to estimate the number of man hours required to set up and tear down an exhibit with union labor rates as a part of the trade show budget.  Many businesses fail to see the complexities behind erecting an exhibit and therefore may not understand that an installation might take 12 hours or longer depending on the engineering plans.  Carefully consider whether this is a part of your trade show booth contract or if you’ll need to work this into your trade show budget. 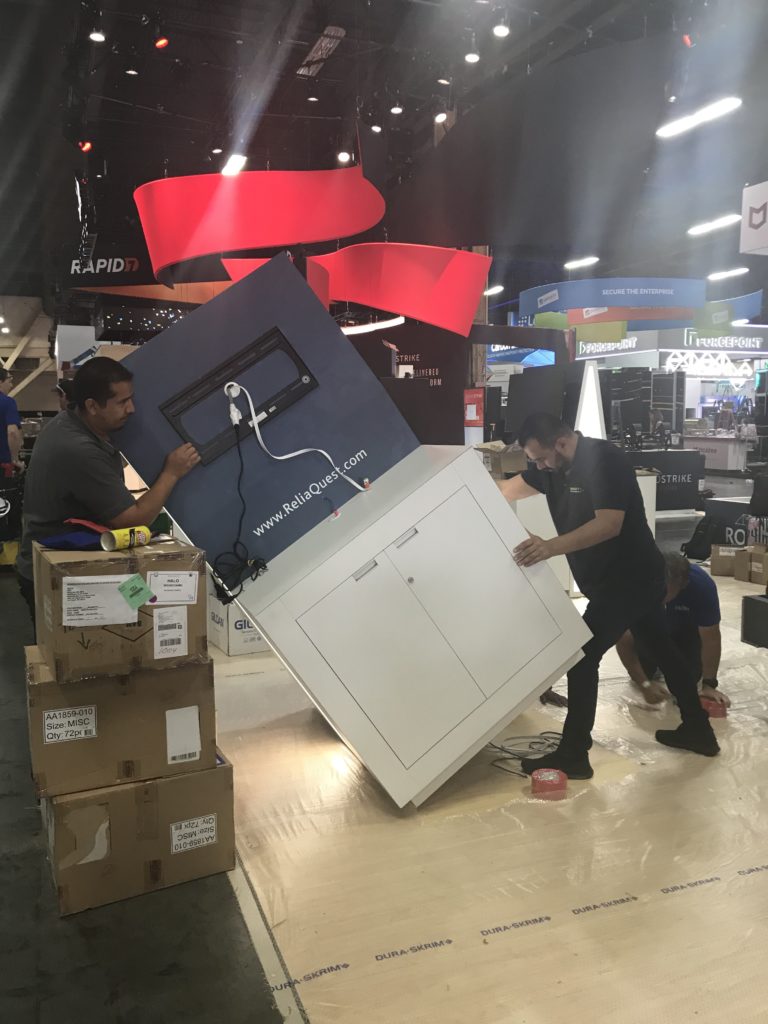 In an effort to save money, some businesses specifically tell exhibit houses that they can leave out the line items for show services.  In many cases, they fail to add this back into their trade show budget and face expenses they never planned for.  This could end up being an extra $20,000 if they’re not careful.  Having witnessed people lose their job over such an oversight, it’s important to know if show services are a part of the overall exhibit costs in the trade show budget. 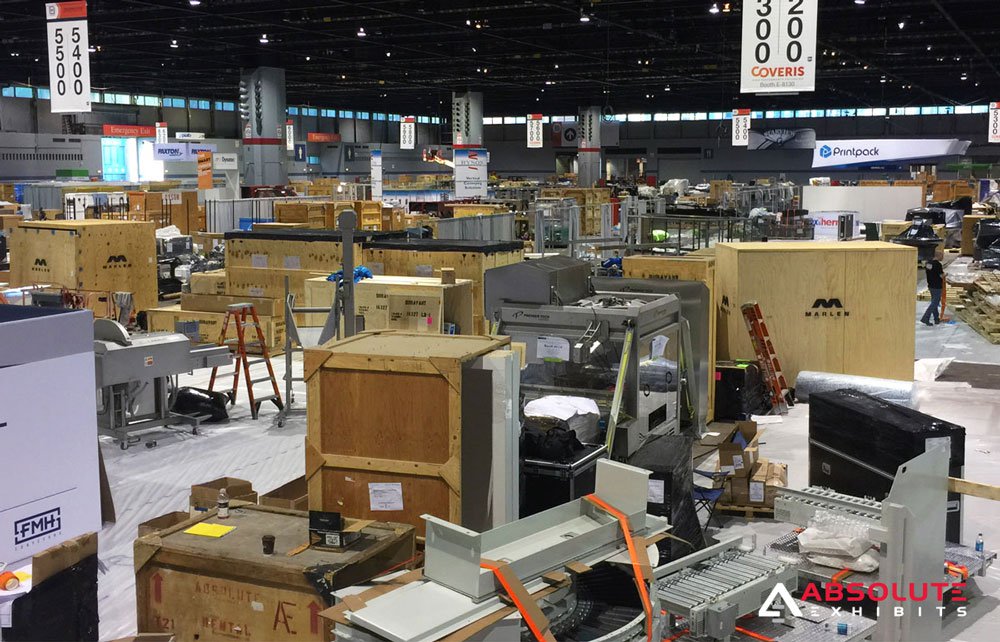 One of the things that can put you far over your trade show budget is personnel and travel expenses.  It’s important to determine necessary attendees early on and then book their travel, accommodations, and budget in per diems for meals.  Often, this is an area where exhibitors completely blow apart their trade show budget.  By taking too many people they incur far larger charges and often less ROI for their dollars spent.  Additionally, it’s important to know whether the laws in your state dictate that an hourly employee must be compensated in a different manner for their time spent at the trade show or an expectation that they be available with the rest of the group after the show.  A mistake in wages can incur a far larger penalty down the line in the event of a labor claim. 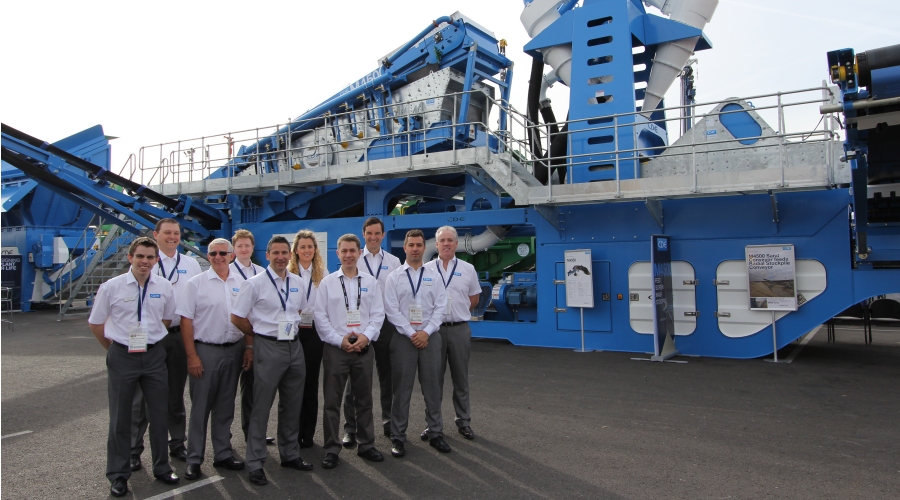 If there’s room left in the budget, exhibitors often love to try to do something with it such as hosting an open bar or taking clients out to dinner.  These entertainment expenses need to be carefully considered as a part of a trade show budget because nobody wants to embarrass themselves by telling a client they can’t order the surf and turf at a dinner intended to thank them for their business.  These kinds of expenses should be overinflated and padded into the trade show budget in the event they become egregious. 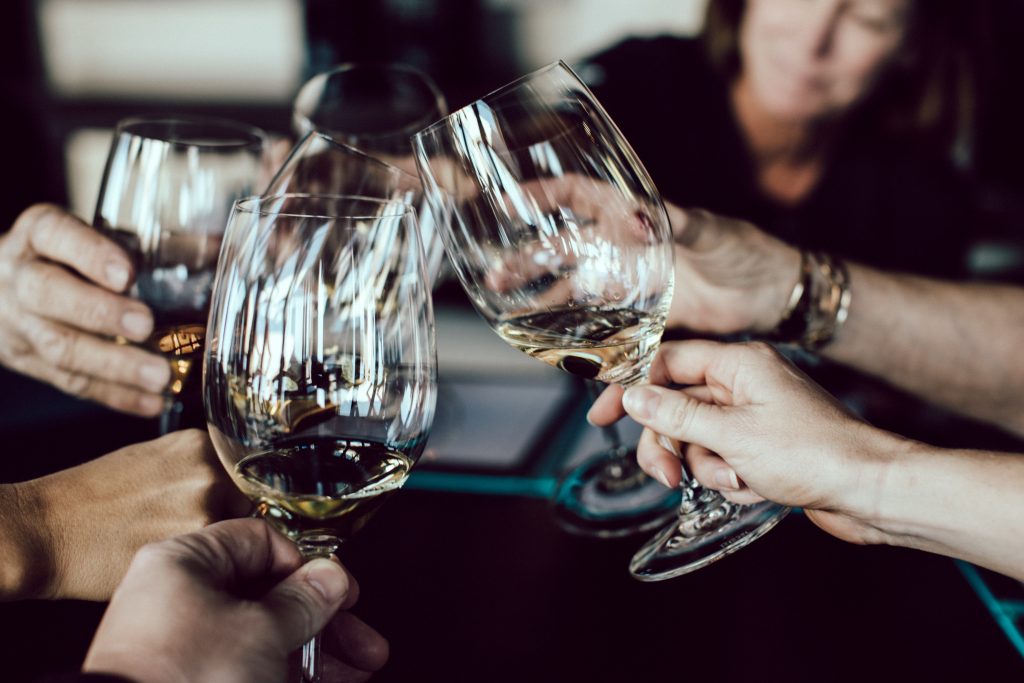 Determining a trade show budget is no easy feat and is unfortunately often learned the hard way.  However, businesses can prepare themselves as best as they can by using a turn-key exhibit house who offers a price guarantee.  This can nail down many of the tricky costs that can cause confusion in preparing a trade show budget and leave more room for figuring out the logistics, personnel, and entertainment.